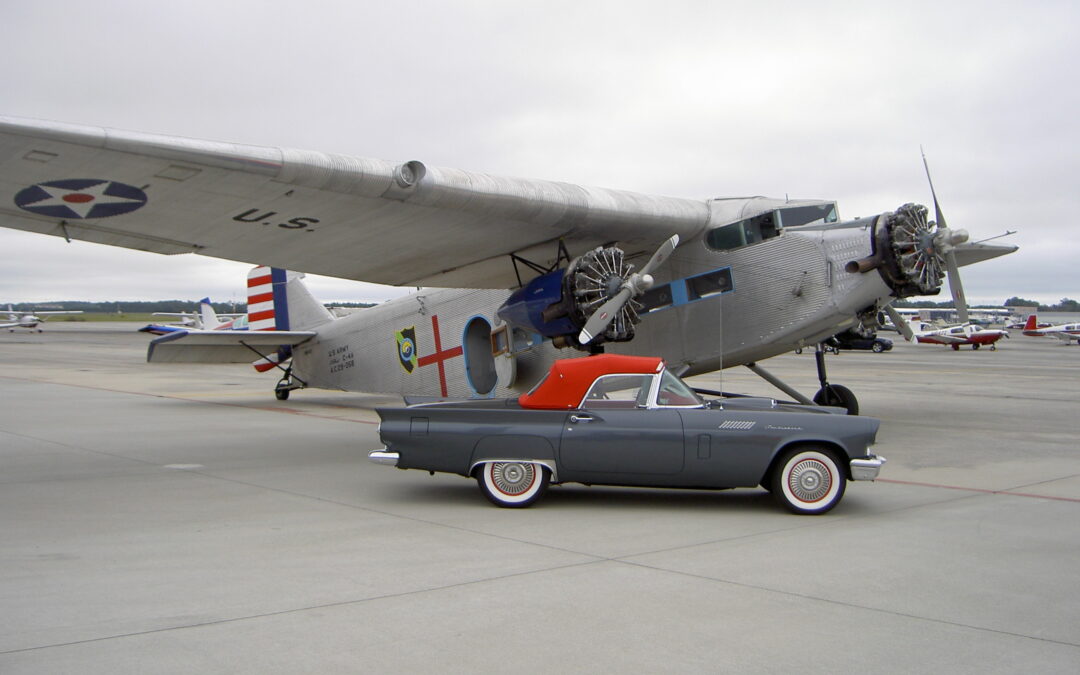 The Ford Tri-Motor airplane, vintage 1929, is one of eight such planes known to still exist and, according to the pilot, flies it around the country giving the public a chance to harken back to before major airlines began flying jumbo jets.  This particular morning there were low clouds, as such, the plane remained on the ground for an extended time which provided the opportunity for the picture.